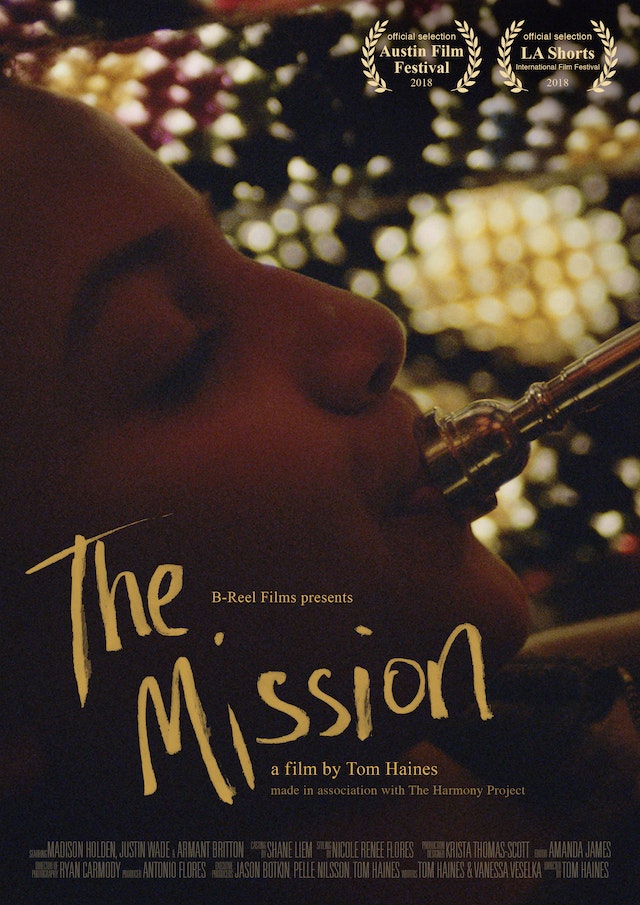 The Mission is a narrative short that explores hidden homelessness in Los Angeles. Told through the lens of a young girl fixated on nailing the one thing she can control; her solo in the school music recital. But as pressure mounts, the reality of her hard-luck situation bites, and Sunny creates unexpected jeopardy for herself and her family through her trumpet playing, which becomes her confidant, her means of defence and ultimately her escape valve.

The Mission was completed in 2018. Shot in El Segundo, Los Angeles. Made in collaboration with B-Reel Films and in association with the Harmony Project, a Los Angeles music charity.